There are so many inspiring stories out there! As I travel to speak, I love to share with you some of the things I learn out there about people and organizations doing extraordinary things.


This past Tuesday in Hastings, MI, I spoke at the Supervisors Dinner for Flexfab, a company that offers an enormous variety of highly engineered elastomeric products.
They were founded by Douglas DeCamp and Bill Pierce in 1961 when they bought a deserted 7,000 sq.ft. store and transformed it. Today, it’s over 150,000 square feet. Five years after their start, they got their first order from Boeing. In 1968 with a Flexfab hose under the hood, Gordon Johncock won the Indianapolis 500.
Today, they continue to do great things around the world, and a big reason is this foundation from DeCamp:
“Value for Customers”
“Quality of Life for Employees”
“Service for Community”
“Benefit for Shareholders.”
The next day, I had the opportunity to stoke the fire within Paragon Medical team members at their Business Development Team annual meeting. 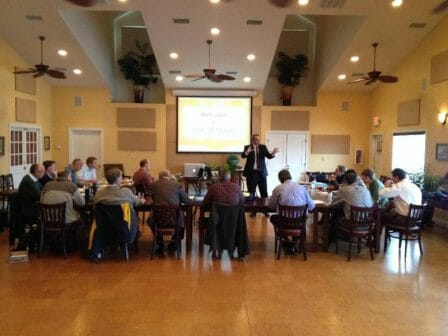 Paragon has been doing remarkable things in the orthopaedic world such as being a supplier of world-class solutions for cases and trays and surgical instruments.
One story I shared was of a boy who had grown up within miles of their meeting. A weak and vision impaired wrestler, he lost all his matches as an 8th grader as he was pinned in every one. He then set short term goals such as to make it 30 seconds before getting pinned, and then a minute, and then a whole match. He eventually became a winning wrestler.
The power of short term goals is amazing!
Almost four years ago, Amber Rosenberry, then 30, was walking through her Philadelphia neighborhood when she tripped and fell into the street, just as a delivery truck was driving by.
The rear wheels crushed her right arm. After all kinds of surgeries, it was encased for months in a metal brace.
These were really hard days for a young woman new to Philadelphia. Her neighbors rallied around her. Local salons took turns washing her hair. A coffee shop would open cans of food for her.
She set goals to motivate herself, small ones at first:
“Write an entire text message with my right hand.”
“Eat a bowl of popcorn with my right hand.”
The last goal: “Finish the Broad Street Run.”
Having never been much of a runner, she set small goals of walking for one minute and then running for one minute. She turned the experience of having experienced so much pain in recent months into a POSITIVE as when running got tough, it wasn’t nearly as tough as the pain she had endured! 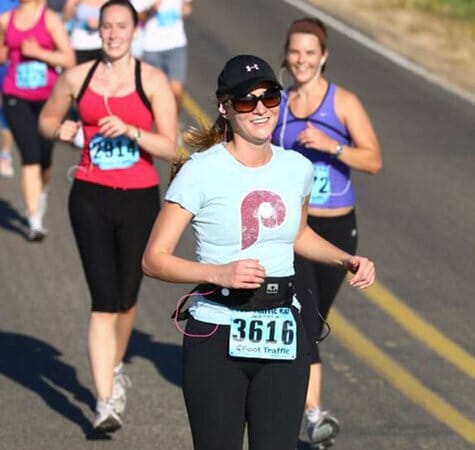 Three months later she finished the ten mile Broad Street Run!
As I said, there are ordinary people out there doing extraordinary things!
Thursday saw me share a peak performance and power of attitude message with the Builders Association of Elkhart County. Before speaking, I happened to sit next to a man named Richard Spencer, who was carefully monitoring everything he ate.
He was diagnosed as morbidly obese at 357 pounds 2 years ago. He did roux gastric bypass surgery and since Feb 20, 2013 no sugar has gone in his mouth. His meals are 3 ounces protein, 3 ounces veggie or fruit. He charts everything on his my fitness pal app and exercises 30 minutes every day. His weight is now steady at 197.
He shared the before and after picture with me below.

When I speak, one point I make is that there are inspiring things going on all the time. Because this audience was all connected to the building world, I talked about the most recent issue of TIME Magazine and their extraordinary behind the scenes look at the building of One World Trade Center.in New York City. At 1776 feet, it is the tallest building in the western hemisphere.

As writer Josh Sanburn explains, over 10,000 workers came together to take on the challenge of building something equivalent of five Empire State Buildings while thousands of people were under the work zone each day. Right out of the gate they found remains still missing from the 9/11 attacks, and continued to find wallets, shoes and other things.
Six years after starting, Hurricane Sandy slammed it hard, turning it into a junior Niagara Falls. 125 millions gallons of water flooded what they had built, leading to $185 million in damage. In less than a week, construction was back on.
Through it all, they remained a team, and sometimes roles change on teams. Thomas Hickey, a steel connector, tore a triceps and tenon in his right elbow after slamming his left arm on steel lugs. Since he couldn’t work like he used to, he embraced his new desk job which included getting the 800 pounds of ice each day for the coolers of the workers.
The talk I did for the Builders Association was at a conference center known as The Matterhorn. In 2007 motivational speaker and former Buffalo Bills quarterback Jim Kelly gave a powerful talk there that people still talk about today in Elkhart.
This week Kelly is battling as an aggressive form of oral cancer that has returned after he had previously lost much of his jaw to it.
This is a man who lost his only son in 2005. Hunter Kelly was born with Krabbe disease, an inherited nervous system disorder. 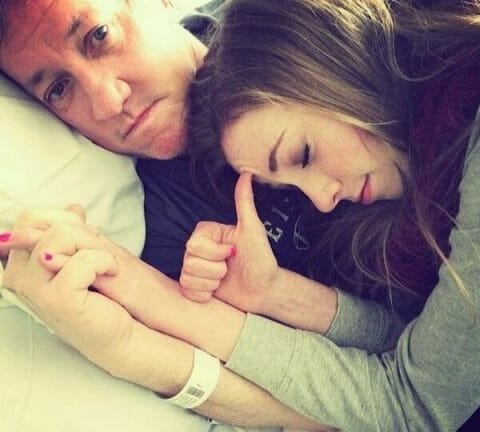 The return of the cancer came so quickly and surprisingly that his wife Jill and oldest daughter Erin were on a trip to Jerusalem with a group from Liberty University where Erin Kelly is enrolled. They rushed back early Friday and over the weekend Erin shared this picture on her Instagram of them watching Syracuse in the NCAA Tourney. Erin wrote: ‘He’s my buddy. Daddy’s girl. Pray for JK. Kellytough.’
Christian Central Academy near Buffalo arranged an all-school prayer for Jim, who led the Bills to four straight Super Bowl appearances years ago. 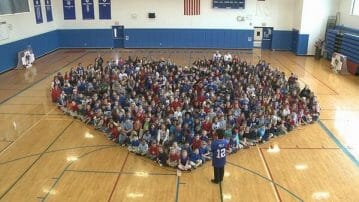 No matter the outcome, Jim Kelly has made great use out of every second, forming the Hunter’s Hope Foundation and working non stop to raise awareness to Krabbe disease, an inherited nervous system disorder. Jim’s cancer came out of nowhere in his early 50’s.
In each talk this past week, one of the things I emphasized was realizing how special each day is in our lives. Sometimes we get caught up in some much that one day sort of melts into the next. On Friday, a friend of mine who is very much into building and keeping a positive attitude, sent me this remarkable video which can change your life regarding how you look at each part of the day. It is about a man who every morning gets $84,600 and every night he goes broke. There’s an Inspiring reason why:
https://youtu.be/djE6p-A8SlQ

Charlie Adams is an Oxford native, graduate of Lafayette High School and a member of the Ole Miss Class of 1985. Adams is the author of 4 books on positive attitude and peak performance, including 2013′s “How to Build a Positive Attitude and KEEP the Darn Thing!!” and “Stoke the Fire Within.” His books and motivational keynotes and seminars are designed to make sure events reach their objectives and to help create winning cultures. Email him at: Charlie@stokethefirewithin.com.
Facebook
Twitter
Pinterest
Previous article
Dick Gentry on Ole Miss History — Different Versions of Walker's Charge
Next article
Healing Hands Treat Pain, Sooth Spirit