April 30, 2014
0
409
For 15 years, Oxford has hosted a national contest and festival for writers of 10-minute plays. Cofounders L. W. Thomas and Neil White started the tradition, and Theatre Oxford has continued it. Each year, playwrights from all over the world submit their plays to the contest in hopes of becoming the Grand Prize Winner.
Theatre Oxford will present Staged Readings of the Top 5 Finalists from the 2014 National 10 Minute Play Contest on Tuesday, May 6 to determine the Grand Prize Winner. The Readings will be held at the Powerhouse Community Arts Center at 7 p.m. The Grand Prize Winner receives the L. W. Thomas Award of $1,000 and a production of his or her play in October at the 15th Annual 10 Minute Play Festival. The Top 5 Finalists are Chai, Doin’ it Birdy Style, The Marriage Game, Ski Lift, and Sonnet 44.
This year, 286 submissions were received from all over the United States as well as Canada, Australia, New Zealand, Israel, Turkey, Scotland, and France. Eight submissions were from Oxford. In addition to the Grand Prize Winner, an Audience Award of $100 is given to the play audience members deem as their favorite.
Admission to the Staged Readings is free. A reception and the announcement of the Grand Prize Winner follow the readings. Three finalist judges will blindly judge the plays. Names of playwrights will be revealed at the readings.
For more information about Theatre Oxford’s National 10 Minute Play Contest, visit www.10minuteplays.com. 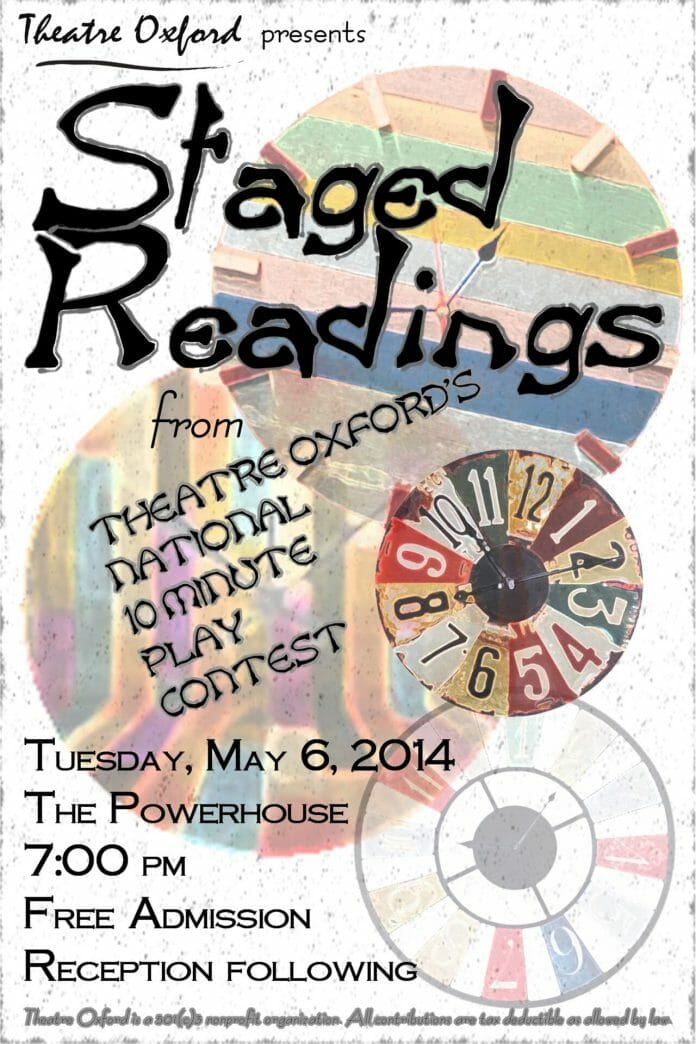