May 9, 2014
0
1188
Commentary by Frank Hurdle
The Oxford School District is going to separate bus routes next year so that high school and middle school students will be served by different bus routes from elementary students, the Oxford Eagle reports from behind a pay wall. The change will also push back the start time at the high school and middle school by about 30 minutes.
District Superintendent Brian Harvey said there haven’t been any problems to date, but that having separate buses would create a more comfortable environment for younger children. The change is also designed to address serious traffic problems that have existed since the opening of  the new high school, which have made it difficult for the buses to go to all schools in a timely manner.
“This is something that we have thought about for a number of years because we want our parents to feel safe that their kids can ride the buses,” OSD Superintendent Brian Harvey told the Eagle. “We haven’t had any issues that other school districts haven’t encountered, but the school bus climate is something we feel we can improve on.”
This is great news for Oxford’s students, even though it appears that the primary reason for the change is due to logistics and not as an aid to student performance. Numerous studies have shown that teens are biologically programmed to go to sleep later in the evening and that early school days deprive them of the sleep they need. U.S. Secretary of Education Arne Duncan supports later start times, and sent out a “Tweet” last year which said, “Common sense to improve student achievement that too few have implemented: let teens sleep more, start school later.” 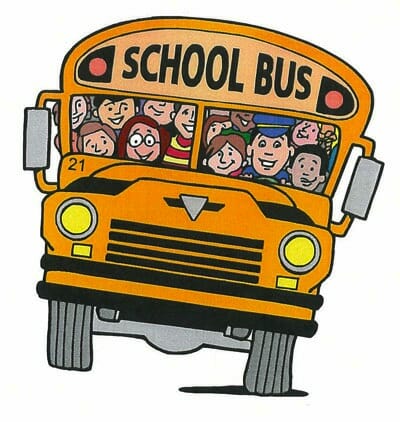 And to Harvey’s credit he did mention studies showing an increase in student performance with a later start time. “We’ve also looked at research that said that secondary students improve with student achievement and even ACT scores (by a later school start time),” Harvey told the Eagle.
If you don’t want to bother reading a study, just read this recent New York Times article, which reports on the benefits later school start times. Or check out the website of Start School Later, an organization that promotes reasonable and healthy school start times.
When we first moved to Oxford we rented a condo that was the very first stop on the bus route. My recollection is that if the children wanted to ride the bus they needed to be at the bus stop at something like 6:25 a.m. The bus stop was at least a five minute walk away, so that meant they would have needed to be out the door by 6:20, and in order to do that the entire family would have had to get up at 5:30 a.m. Needless to say, the kids did not ride the bus.
But enough of personal anecdote; let’s go back to the study I cited above. The last sentence of the last page says it all: [T]he findings of this research study reveal that there are empirically-based positive outcomes for adolescents whenever the start time of their high school is moved to a later time — with the starting time of 8:30 AM or later clearly showing the most positive results.
Students in the above survey were asked what time they thought school should start. Fewer than 10 percent wanted a start time before 8 a.m., which Oxford now has. Almost 51 percent wanted a start time of 9 a.m. or later, and 75 percent wanted a start time of 8:30 a.m. or later.
Our schools exist to serve the students, and if they want and need a later start time that’s what they ought to get. This is especially true when substantial empirical evidence shows that a later start will improve their academic, emotional, and physical health.
The tardy bell at Oxford High School currently rings at 7:50 a.m. Superintendent Harvey mentioned a 8:20 or 8:30 a.m. start time for the middle and high schools next year. Eight-thirty would certainly be an improvement, and based on prior studies Oxford will see an improvement in student performance with these changes. I use the word “will” because I’m pretty confident that the later start time will produce measurable improvement.
But if the school district really wants to improve academic performance and increase student health and well-being, the first tardy bell for the 2014-15 school year will ring at 9 a.m.
Courtesy of ColRebSez.com.
Frank Hurdle is a graduate of Ole Miss and the Ole Miss Law School He was the 1987-88 editor of The Daily Mississippian. frankhurdle@hurdlelaw.com
Facebook
Twitter
Pinterest
Previous article
The Daily Crime Report for May 9
Next article
Youngest Falkner Brother Killed in Plane Crash