From Log Cabin Birth to Vice President: The Remarkable Rise of Alben

Welcome to the Tuesday newsletter. I have two powerful stories to help ignite you through the rest of the week!
This past Thursday I tailored the How to Build a Positive Attitude and KEEP the Darn Thing presentation to Human Resources Directors in part of Kentucky at their annual Diversity Conference in Paducah. 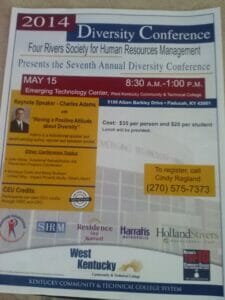 It was there that I learned of a remarkable story of a person who came from the most humble of backgrounds to reach remarkable heights, and who departed in the most dramatic way.
The meeting planners gave me a tour of Paducah. The city sits on the banks of the Ohio River where it merges with the Tennessee River. In 1937 they had a terrible flood that covered 90 percent of the city. National Geographic had a famous picture of a cow standing on top of a 2nd story building!
Alben Barkley was born in a log cabin near Paducah. His family had hardly anything so he missed a lot of school growing up because his family needed him to work. Somehow he went off to college at age 14 and worked as a janitor to put himself through college. He became a lawyer in Paducah and later ran for public offices, eventually becoming U.S. Senator. One o and coming up with the term ‘New Deal’ as he was a chief architect of that for President Franklin D. Roosevelt.
Barkley later was Vice President when Harry Truman was in office from 1949 to 1953. Truman picked him primarily because of his rousing Democratic National Convention speeches. Barkley would later be named one of the top ten public speakers of the 20th century.

Barkley had a relentless drive. In the campaign of 1958 he made over 250 speeches in 6 weeks. Remember that famous Chicago Tribune picture of Dewey Defeats Truman? The Tribune got it wrong as Barkley and Tribune won that election. The election is considered by many as the greatest election upset in U.S. history.
He had the ability to poke fun at himself and liked to tell the story about his mother who had two sons. One went to sea; the other became vice president; and neither was heard from again. Actually, he did a lot and was the last Vice President to preside over the Senate.
After his Vice President days, he ran for Senate again and won.
Barkley was the keynote speaker at a Washington and Lee University event in Lexington, Virginia on April 30, 1956. He was describing what it was like to once again be sitting in back with the freshman Senators and how he was fine with it. His voice passionate, he said “I am glad to sit in the back row! For I would rather be a servant in the house of the Lord than to sit in the seats of the mighty.” With these dramatic words, Barkley concluded his speech and collapsed dead of a heart attack. 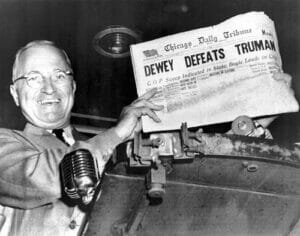 My goodness. What a way to go out.
Barkley’s body lay in state in the nation’s Capitol before being returned to Paducah where he was laid to rest. While walking around Paducah last week I took this picture below of the mural on the banks of the Ohio River of Barkley. From being born into poverty in a country log cabin to Vice President. There is so much inspiration in history, and I love working it into the Stoke the Fire Within programs. In today’s world we have forgotten or simply don’t know of inspirational stories like the life of Alben Barkley or, as I wrote last week, the incredible sacrifice that went into building the Panama Canal.
While speaking on the power of attitude at the at the Four Rivers SHERM Diversity Conference last week, I shared a story from a tour I took back in November at the Angola Prison in Louisiana, once America’s bloodiest prison.

They once had a prisoner so bad that they welded him in a cell and left him in there for seven years. Because of faith based programs, the prison is so much different decades later. Race relations there have improved dramatically. While there I learned of the story of John Whitlock, a black inmate who died in prison at age 67. Because he had no family, he asked to be buried in the prison cemetery. 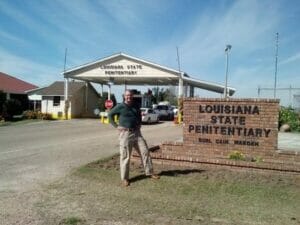 The tradition there is that 2 Percheron horses pull the caskets to the prison graveyard. He asked that one be black and the other white because he believed all men were equal in his sight. While that was noble, there was concern because the massive Percherons were used to working together as white/white or black/black (photo below) and prison officials were worried they would act up.
But, on the day of the funeral, the black and white horses walked together peacefully. John also asked that a Native American prisoner sing Amazing Grace. Because he had been so good to prisoners of all backgrounds, when his casket was taken to the cemetery the prisoners lined the road to pay their respects to John, inmate number 111547.

Facebook
Twitter
Pinterest
Previous articleWhy Do Jews Continue To be Persecuted All Over the World?
Next articleCalifornia Chrome Has Chance to Join Secretariat in Racing Pantheon