Be a Part of Tate Moore's New Album

The rhymin’ pie man has found time lately to take off his Square Pizza apron and strap on his guitar enough to put together a fine batch of songs and take them into the studio. Oxford songwriter Tate Moore has been working on his latest record Avalon with producer and former Kudzu Kings drummer Ted Gainey in Gainey’s Canton studio as well as at Tweed Studios with Andrew Ratcliffe in Oxford.
“Ted and I have been making music for 20 years, and it’s led up to this record,” Moore says. Unlike past albums he’s put out, this one will be available not on CD but only on vinyl and by digital download. 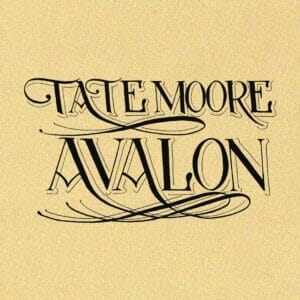 In an industry where record companies tend to put all their eggs in the baskets of a small handful of heavily marketed stars, instead of spreading out their investment and taking chances on others, many artists have embraced the do-it-yourself approach, taking matters into their own hands to get the music out. Kickstarter has become a go-to crowd-sourced funding mechanism to get projects off the ground and to fruition. In return for contributing funds, backers get rewards created by the artist—usually, in the case of a music project, a copy of the album and other perqs.
“Kickstarter is the new frontier,” says Moore, who is trying Kickstarter for the first time. His goal is to raise $6,500. Much of the material has already been recorded, but there’s more to be done, and then there will be production and other costs. Moore’s Kickstarter campaign asks fans and newcomers to his music to help it all come together. The funds raised will compensate those who’ve already worked on the project as well (including musician and local artist Anne Scott Barrett, who designed the album cover pictured above).
People can contribute $25 to Moore’s fund and receive the album on vinyl for their home turntable and get a digital download card to take Avalon wherever they go. Contributors of $100 get the same thing plus their names included in the credits of Moore’s album notes.
Click here to check out Moore’s Kickstarter campaign page.