Meet the Radio City Rockette Who Would Not Give Up

This past week I had the opportunity to meet one of the Rockettes while in New York City. This was part of the special Inspirational Group Tour that included Valley Forge, Gettysburg, the new 9/11 Museum, the Flight 93 National Memorial and running the Rocky steps. 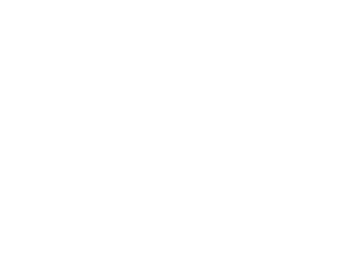 At the end of a tour of Radio City Music Hall the group I led was taken into a side room where Becky, one of the Rockettes, spoke to us about what it is like to entertain thousands, their famous Christmas show, and her background. That’s where they took the picture above.
We hear a lot about ‘don’t give up’ in life and to keep trying. Becky, a native of Davis, California, had a dream as a young girl of being a Rockette. She trained hard and started trying out. She kept coming up short. She didn’t stop. She was determined to reach her dream. Over an eight year stretch she failed thirteen times! She traveled all over to different tryout sites. Each time her name was not on the final list, but she learned from each experience and kept a positive attitude.
Finally, on the fourteenth attempt, she made it!! Every one of their Christmas shows sells out at 6000 people, and she is up on that magical stage living out her dream!
As I listened to her, I thought about WD 40, which is in as much as 80 percent of homes in America. Rocket Chemical Company, which had a staff of 3 back in 1953, set out to develop a line of rust-prevention solvents and degreasers in a tiny lab in San Diego. It took them 40 attempts to work out the water displacement formula. The name WD-40 stands for “water displacement, formulation successful on the 40th attempt.”
I have interviewed former Notre Dame football coach Lou Holtz over 100 times. The master motivator has strong feelings about not giving up:
“Persistence is, in my mind, the quality that is most critical to success and happiness. Nothing takes the place of persistence. Talent won’t; nothing is more common than unsuccessful men with talent. Genius won’t do it; unrewarded genius is almost a proverb. Education will not; the world is full of educated derelicts. Persistence alone is omnipotent. Everybody of my generation knows that Babe Ruth hit 714 home runs. I am one of the few who also know that he struck out more than thirteen hundred times. I wasn’t going to give up on Beth (his wife) until she ran me off with a stick, because I knew that the key to any successful relationship was persistence.” – Lou Holtz
Stories like those of Becky the Rockette are in my motivational talk ‘Stoke the Fire Within!’
[dhr]