September 20, 2014
0
507
After a month of visiting with Mississippians, I returned to Washington with a clear picture of the concerns and challenges facing our state.
I learned from meeting with small business owners and their employees that it is getting more difficult to make a living in America.  I heard from our military leaders why defense cuts could negatively impact troop readiness.  I spoke to new Job Corps graduates, who have prepared for skilled careers but enter an unpredictable job market. 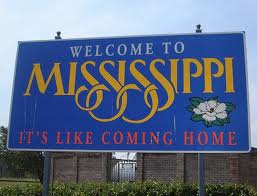 It is baffling, then, that Democratic Majority Leader Harry Reid (Nev.) is focusing the current Senate agenda on a proposal limiting First Amendment rights.  Issues like job creation and the Islamic State of Iraq and Syria (ISIS) should be at the forefront of the Senate’s attention – not Democrats’ political posturing before the November elections.
Senate Democrats Undermine the Bill of Rights
Specifically, Senate Democrats seek a constitutional amendment that would allow government officials to regulate political speech.  The measure is described as campaign finance reform, but it could lead to the censorship of books, television reports, and other political messages that government officials dislike.  It could ultimately undermine the free speech protections granted to all Americans in the Constitution’s Bill of Rights.
In a republic, Senators are elected to make policy decisions on behalf of the people they represent.  Addressing the public’s most pressing concerns is part of this responsibility.   Like many of my colleagues, I am frustrated that the concerns I hear from Mississippians every day are not the debates happening on the Senate floor.
A Backlog of Jobs Bills
The latest jobs report reaffirms the negative impact of the economy on American lives.  Although the unemployment rate has inched downward, the month of August had the fewest job gains of the year.  Meanwhile, the number of Americans who have been jobless for more than six months remains too high, and the percentage of those who have given up looking for work or want full-time employment is still well above pre-recession levels.
There are a number of opportunities to change these statistics.  The House of Representatives has passed dozens of jobs bills that are waiting for Senate approval.  Instead of trying to score political points, Majority Leader Reid should allow debate on these bills and work to build bipartisan agreement on job-creating solutions.  Political votes to repeal part of the First Amendment do nothing to put Americans back to work or boost economic growth.
Focusing on Defense
Further exposing the mismatch between Senate Democrats’ agenda and the concerns of the country is the volatile situation in the Middle East.  On September 10, the President addressed the nation about the threat of ISIS and how the United States would respond.  The remarks were a welcome change after months of mixed messages by the White House downplaying the capabilities of the terrorist group.  And yet, the Democrat-controlled Senate has failed to send the country’s major defense legislation, the “National Defense Authorization Act,” to the President to become law.
Congress has an obligation to address the issues of the day, from joblessness to national security. Majority Leader Reid ought to stop ignoring national priorities and using partisan tactics only aimed at getting votes in November.  It is past time for the Senate to get serious about delivering solutions to the problems that affect Americans’ daily lives. 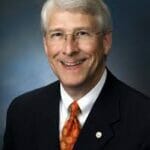