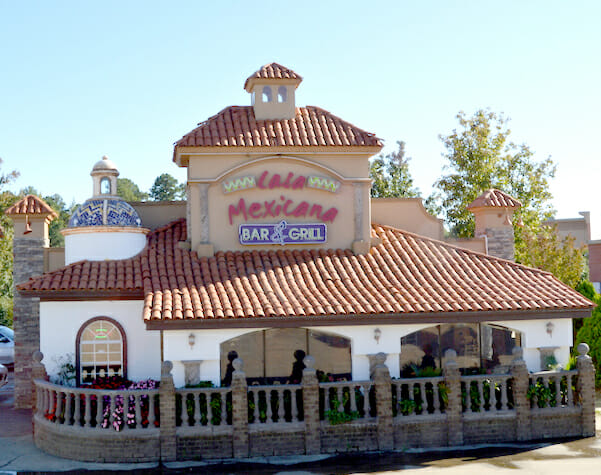 The Rise and Return of El Charro
The man behind some of Oxford’s best Mexican restaurants—and that sprawling estate on Highway 6.
The drivers barreling down Highway 6 towards Oxford from Batesville are prone to slow down to rubberneck at a sprawling orange mansion on the right, behind a metal gate emblazoned with horses. Some cars accidentally drift into the rumble strip in front of this mansion, and a few even pull over to snap photos in front of the gates. The owner of that wondrous view amid the northern Mississippi hills is Ramiro Muñoz, owner of Casa Mexicana and TeQuila’s Mexican Grill & Bar in Oxford.

A Good Legacy
Twenty years ago, Muñoz drove around Oxford and decided to open a restaurant. He had years of experience working with the Cancun restaurant chain in Nashville before he moved to Oxford. In January of 1995, he opened El Charro where Coop DeVille resides now. Then he moved it to 1908 West Jackson Avenue and morphed it into Casa Mexicana in 2007, a large restaurant with a fountain welcoming hungry customers to eat traditional Mexican dishes of chicken, beef, and pork with vegetarian options, as well as Mexican desserts such as flan and fried ice cream. Their margaritas don’t hurt either.
Muñoz also opened TeQuila’s Mexican Grill & Bar in 1999. He and his brother Martin Muñoz have opened 22 restaurants around the South especially in north Mississippi and western Tennessee. The Muñoz brothers built their fortune slowly and surely, adding each new restaurant when the time was right.
Muñoz says, “El Charro was one of the first Mexican restaurants in Oxford, if not Mississippi. We started with little money but we built a good legacy. I used to travel around and guide restaurants in earlier days, but now I am here in Oxford with my family.” He is father to four children, of which two help him run Casa de Mexicana.
His son, Ramiro Muñoz, currently manages Casa Mexicana, with plans for the future. “It’s a few small changes, such as making the patio more open to outside and upgrading the tables and such,” he says.
The Horseman Returns
His father also has plans for changes: a new El Charro, a return of his first restaurant, in Oxford Commons. He will let the lease end on TeQuila’s on July 2016 and move its staff to the new restaurant. The restaurant may be ready in 2016 and will be near the bowling alley, which is currently under construction in Oxford Commons.
“There will be new cooking with organic dishes, a better atmosphere,” the elder Muñoz says, pulling out his iPad to share photos of furniture and decorations he’s picked out for El Charro.
For his restaurants in the past, he and his brother had even traveled to Mexico to bring back murals and furnishings from their homeland. They were originally from Guadalajara, Mexico, but consider Mississippi their home.
Muñoz’s eyes light up as he talks about his restaurants from the days when he worked in kitchens. He and his son talk a bit over each other, the father’s energy evident also in his son.