We know some of y’all who don’t get back to Oxford much are determined to have a meal at your old favorite haunts when you roll back into town to watch the Rebels beat the Tennessee Volunteers at homecoming, and we don’t blame you. There’s so much good stuff to nosh in town, that we aren’t trying to twist your arm away from that Pizza Den stromboli or Ajax country-fried steak you’ve been dreaming about. But if you want to know what’s new out there, and you are feeling more adventurous, here are a but a few spots you might want to check out. 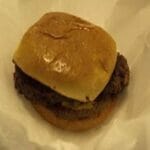 Route 6
Coming or going via Highway 6 on the west end of town, toward or from Batesville, and want a place to dig in without getting sucked into the mayhem downtown? Across from the new Cannon Motors dealership is Route 6. Check out Callie Daniels’ report right here. 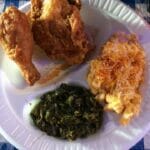 Gus’s World Famous Fried Chicken
Maybe you’ve had it in Mason, Tennessee or in Memphis or one of their other locations, but Gus’s recently set up shop just off the Square (next to Soulshine Pizza), after much anticipation, and we can vouch that it’s living up to expectations. Molly Brosier went there and has this report.

England Dan’s Char-Steaks & Grill
No, it’s not owned by one half of the ’70s super duo England Dan & John Ford Coley, but England Dan’s would still really love to see you tonight. It’s a new place in Suite 30 at 2580 W. Jackson Avenue, where Bistro Burger used to be, near Pepito’s. Callie Daniel’s found out more, and here’s her report. 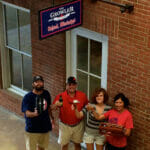 The Growler
Wash it all down with seriously good craft beer at The Growler. It’s tucked behind Highpoint Coffee, just off the Square on North Lamar. Student reports Kendyl Noon and Ashleigh Culpepper visited on opening night and shared their insights here. 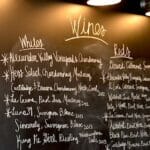 The Wine Bar
Want savory dishes and great beverages all in one? If you haven’t already been there, grab a fork and a stem at The Wine Bar, just south of the Rib Cage on South Lamar. Find out more about it here.
Enjoy!
— Tad Wilkes, tad.wilkes@hottytoddy.com