'Visiting Oxford' has Never Been So Easy 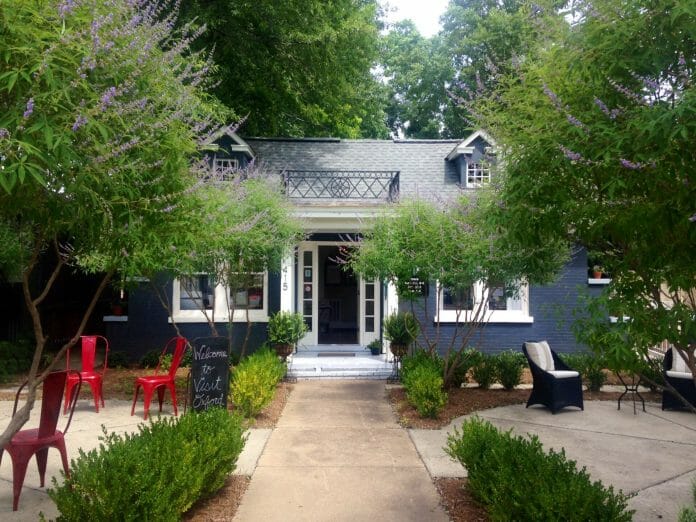 Everyone who lives in Oxford knows what a great town it is. From small-town charm to creative genius; the city oozes hospitality and can lay claim to some of the most famous writers, artists and musicians around. And of course, it’s home to one of the most beautiful campuses in the country, the University of Mississippi.
Taking pride in its hometown nature and the innate warmth of its citizens, the city values and welcomes all visitors with open arms and provides a dynamic resource for them with Visit Oxford when it comes to information on every aspect of the city and what it has to offer.


Mary Allyn Hedges is the director of Visit Oxford and said the organization is essentially the marketing arm for the city.
“We promote Oxford to bring visitors here for the economic benefit of the community,” Hedges said. “We do all the advertising and promotions for the city and we also organize and put on the Double Decker Festival. Anything going on in Oxford or at the University, we promote.”
Torie Marion is the community enhancement coordinator for Visit Oxford, a new role that the organization implemented to provide a liaison between their office and all the hoteliers, university officials, the art council and other attractions in the city.
“We created the liaison position so that we could be in constant communication with all the different entities of entertainment and events that’s going on within the city,” Hedges said. “We want to bring people here and have them enjoy our hotels and great restaurants, visit our businesses and see the value of our city. Torie’s position brings added help when it comes to coordination of all the communication that’s needed to make that happen.”
Marion said her goal is to pave an easy road for communications between all the interested parties and bring as many people to Oxford as possible.
“We want to fill hotel rooms, especially Sunday through Thursdays as those are considered dead times,” Marion said. “I meet with different entities on campus, different groups within the community and organizations, trying to find out just everything that’s going on in Oxford.”
An online community calendar has also been established for the purpose of planning and letting everyone know what’s going on in Oxford throughout the year.

Visit Oxford’s mission is to bring visitors in for the economic benefit of the community and Hedges is passionate about that goal.
“The economic impact on visitors to Oxford is significant and we want that to continue and increase,” Hedges said.
Travelers to Oxford spent nearly 113.7 million dollars in Oxford/Lafayette County for the fiscal year 2013, an increase of 8.1% over the prior year. Also households in Lafayette County saw a tax relief of $581.66 each because of traveler spending in Oxford last year. (These numbers provided by Visit Oxford, via Travel and Tourism Economic Contribution Report by Tom Van Hyning, Mississippi Development Authority Division of Tourism and the US Census Bureau).
For more information about Visit Oxford, check out their website.
Angela Rogalski is a HottyToddy.com staff writer and can be reached at angela.rogalski@hottytoddy.com.
Facebook
Twitter
Pinterest
Previous articleAdams: Team So Strong, They Felt Each Other in their Cells
Next articleOle Miss Closes Five-Game Home Stand Today against SEMO