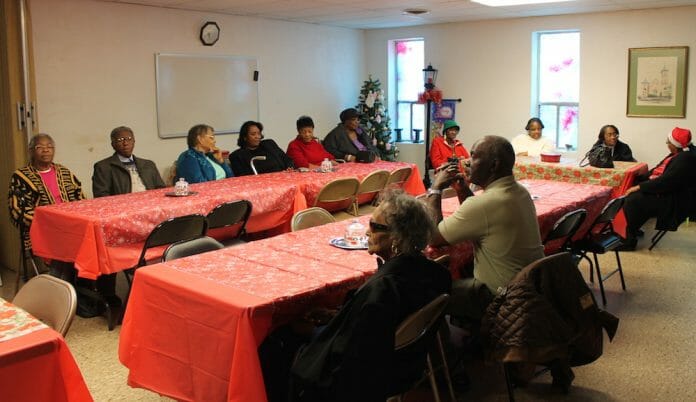 Soup for Seniors is a program that started two years ago at Burns United Methodist Church and has seen major growth during that time in the response and participation of not only Burns’ own congregation, but in people who come and fellowship from other church denominations as well.


Chris Diggs is the pastor of Burns and said he was excited and pleased by the community’s energetic participation in the program.
“What we’re trying to do is make it as community-oriented as possible and have other people from other denominations come and join us in fellowship,” Diggs said. “And the reason for that, especially this time of year, is a lot of our seniors are shut-in during the winter months and this gives them something to look forward to and an opportunity to gather and fellowship with friends and neighbors.”
Diggs said he was pleased with last month’s response to the program.
“We expanded quite a bit,” he said, “and had around five or six churches represented from all around Oxford and Lafayette County.” 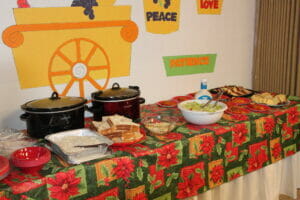 The Soup for Seniors luncheon is prepared twice a month by the ladies of Burns United Methodist, usually the first and third Wednesday of each month.
“This month will only be once, due to the Christmas holiday,” he added.
Soups, salads, sandwiches and desserts are alternated for the luncheons, sometimes having a combination of all of those things, depending on the menu planned.
“The food is always delicious,” he said.
Diggs said the goal is to see the program grow and involve as many seniors as possible from the community and surrounding areas.

“That’s the plan,” Diggs said. “Rome wasn’t built overnight. Therefore it takes time to build certain things. And what we want to do is build it and expand it to the point where we can serve more than just soup and serve more people in the community. That’s what it’s all about.”
Diggs said the giving of time and fellowship to our seniors was very important to Burns United Methodist and during the Christmas season that mission was brought to light even more.
“Christ tried to touch as many people as he could,” Diggs said, “by the life that he lived. Therefore, we are representatives of Christ in everything that we do. So, this is nothing more than being a representative of Christ, because everything with these luncheons is free, no one has to pay for anything. All the drinks are free, the desserts – everything. All you have to do is come. And if Jesus walked through our door during one of our luncheons, I hope He would see people who looked like Him, not in ethnicity, but in the way they are living their lives.”
Diggs said the program was especially for seniors, but of course, everyone is welcomed.
“In most churches, the emphasis is put on children, the youth of the church,” Diggs said. “But since I’ve been in the ministry, my emphasis has always included seniors as well as our youth, because our seniors have laid the foundation for our churches and I think it’s improper to forget about them. We have to prioritize, because without our seniors, we lose that foundation that is so important. Prayerfully, we could be the catalyst in giving and showing love to the community. And in this day and time of racial strife, controversy and confusion in our country and the world, I think here at Burns we try to strive to be what God wants us to be; a loving people that loves everybody. And a people that wants to give, instead of take all the time.”