Henry: The Real Best 10 Movies of All Time

The Hollywood Foreign Press Association recently announced its nominees for Golden Globe awards in various categories, including Best Picture of 2014.

As a regular attendee of the post-Oscar bash thrown annually by Candy Nash’s Vainly Unfair magazine, I am here to tell you what a crock the whole movie and television awards thing is. Insiders know politics and relationships have more to do with who wins than the quality of the piece. And how can these foreign press people know which movies are good? The nominee films are all in English!

I have been encouraged by Milo Fields, the automobile mechanic who keeps my vehicles in top condition and consults me before he sees any movie, to come up with my own awards show. I informed Milo I have turned down the major television and cable networks who have asked me to do the same thing. I have no intention of becoming part of the movie awards scams currently being aired, but I will share with you my list of the 10 best movies of all time.

1. PAWS: A mini Goldendoodle terrorizes a small community in the State of Washington, raiding the town from his hideout in the nearby national forest, inflicting severe bites about the ankles of the citizens and wrecking the town’s marijuana tourist trade. The town hires eccentric animal control professional Captain Squint to trap the Goldendoodle and relocate him to Canada.

2. MY BARE LADY: Professor Enry Iggins accepts a wager from a fellow academic, and undertakes to change the ways of compulsive nudist Lady Godiva. Iggins buys an old confectionery factory, and convinces Godiva to begin a new life manufacturing high-end chocolate candy with her clothes on.

3. GREASY RIDER: A counterculture phenomenon, this classic follows the adventures of two motorcycle mechanics as they travel the U.S.A., repairing head gaskets and carburetors for people they meet along the way, and ends tragically in the South Dakota Badlands when their friendship is torn apart by a seductive woman biker with a wayward fuel injector.

4. THE GODMOTHER: The multi-generational saga of the Mama Leone unorganized-crime family. Mama rules the roost from her kitchen, using her network of mothers in the borough to take the law into their own flour-stained hands to wreak havoc on other families.

5. TO KILL A HUMMINGBIRD: Crusading lawyer Attica Grinch risks his family’s well-being in the integrated North by taking on the representation of a Native American birder accused of the murder of a migratory Blackbird in a racially charged trial pitting Grinch against the politically motivated prosecutor, Hamilton Burger, who sees the trial as a means to get the birder vote in his goobernatorial campaign.

6. THE SILENCE OF THE YAMS: FBI Special Agent Jo Dee Forester risks her own sanity when she goes after a mentally deranged scientist obsessed with creating a hybrid sweet potato that will not produce noisy intestinal gas, and learns to her horror that the scientist’s Frankenstein yam may be silent, but it is still deadly.

7. DANCES WITH COUGARS: Ex-cavalry officer Kelvin Costco opens a discount bulk purchase store in the West with a bar and disco on the second floor, and succumbs to the charms of his mature women customers who get tipsy, then amorous in their pursuit of bargains from the handsome young officer.

8. CLOSE ENCOUNTERS OF THE WURST KIND: An electrical engineer is abducted by close-talking aliens who eat nothing but garlicky sausage, and is returned to his family on earth only to discover that he misses his sausage-breath friends from outer space, and begins to construct dirigible-sized sausages in an attempt to lure them back to earth.

9. DR. CHICAGO: In the frozen tundra around Illinois’ largest city, a physician pursues the love of his life, only to be thwarted by the fast-moving events of the revolution set off by the 1968 Democrat National Convention, where thousands of extremely cold protestors marched in the streets in The Loop demanding an end to the War on Women.

10. A CLOCKWORK APPLE: In a dystopian future, an antisocial miscreant leads his gang of violent juvenile delinquents on destructive rampages against downtown street vendors who sell fruit in the village square under the clock tower. Not making my top ten but certainly worthy of mention are three other classics: A STEETCAR NAMED FRED; PULP ORANGE JUICE; and RAGING RED BULL. I hope you’ll see these if you haven’t already. Happy viewing!!! 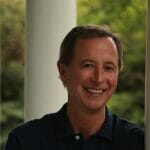 Michael Henry is a HottyToddy.com contributor and can be reached at smichaelhenry@yahoo.com.