Tilt, an app for crowd fundraising based in California, held a competition for three months between 150 universities for a Snoop Dogg concert. Whoever used Tilt the most by Dec. 31 won the concert, and that’s what Ole Miss students and fans did.

Sir Tilts A Lot wrote on his app’s blog of the announcement: “The Rebels were able to drive week over week tilts and tons of app downloads that pushed them over the edge and into the winners circle.” 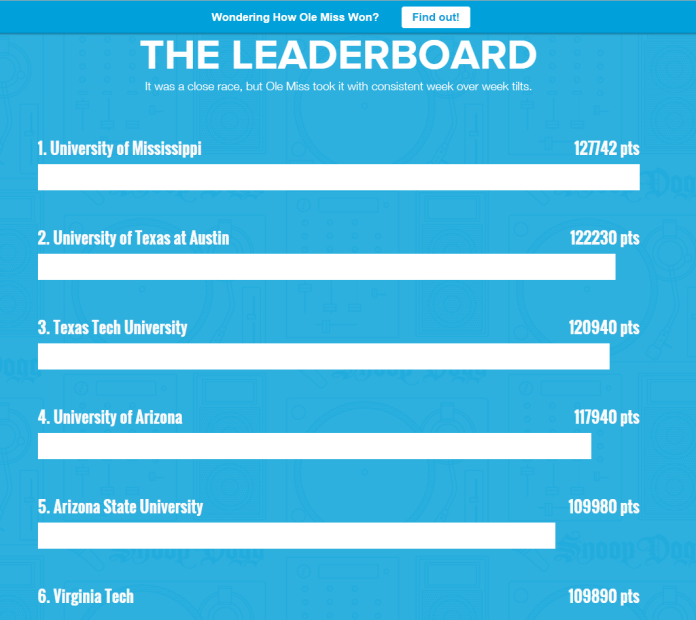 He noted how the competition unfolded: “We saw some really interesting tilts throughout the competition, everything from: chapter lotteries, wristbands for dance-a-thons, a party bus to REHAB, hundreds of utility bills, flag football uniforms, and thousands of parties, tailgates and other swag pre-orders.”

The app itself was created to make group fundraising easier. Whatever money that is raised via app is kept by the responsible party. Nobody gets charged until the fundraiser goes over the amount specified aka “tilt.” 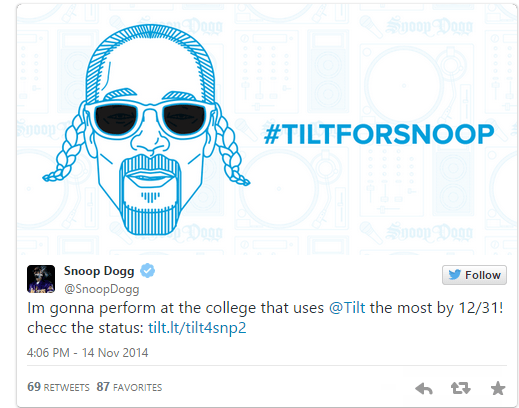 The reason Snoop Dogg teamed up with Tilt is because he’s a fan of the application. He has successfully sold three t-shirts on the site! His concert will be held before the close of the current school year ending June 2015. Those who will be able to attend the concert for free are any active Tilt organizers and contributors of the winning campus. Any remaining spots for the concert beyond the Tilt userbase will be given via purchased tickets on Tilt.

For more information feel free to visit the app’s website.

Callie Daniel is a staff reporter for HottyToddy.com. She can be reached at callie.daniels@hottytoddy.com.