The SEC’s Power Shift in Football 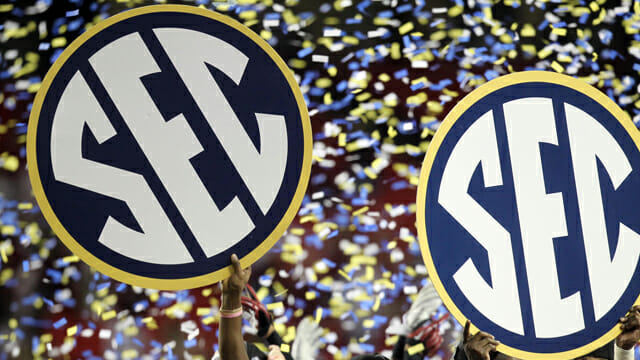 The year 2014 may seem insignificant to many of us Ole Miss football fans, but it was anything but! There was a major power shift by the end of the 2014 season.

The other seven universities were omitted from each Top 25 category. Ole Miss has clearly established itself now as a major force in the SEC. Finishing ahead of four teams in the West this year and being projected to finish ahead of four again in 2015 is encouraging.

This degree of respect hasn’t happened here in decades. Based upon the above forecast by USA Today, we’re looking at a 10-2 upcoming season. One of the more interesting developments is the fact the Rebels appear to be leaving behind LSU and MSU. These two chief rivals are essential to Ole Miss’ future success for many reasons with recruiting at the top of those.

Projecting the Final Four for 2015 would take a crystal ball, however, Ohio State and TCU are early favorites for certain. If these two teams perform as anticipated, that only leaves two available openings for the remainder of the nation including the SEC. How Ole Miss fares against Alabama and Auburn (both on the road) will influence the rankings considerably. This is what makes college football so very interesting. You just never know!