As part of the University of Mississippi’s observance of Black History Month, the Department of Music presents its annual concert Feb. 26.

The event begins at 7:30 p.m. in the Gertrude C. Ford Center for the Performing Arts. Admission is free.

J. Ryan Breeland, program coordinator, said, “The department of music does a Black History Month concert every February, led by the Ole Miss African Drum and Dance Ensemble and featuring a variety of musical ensembles and guest performers.” 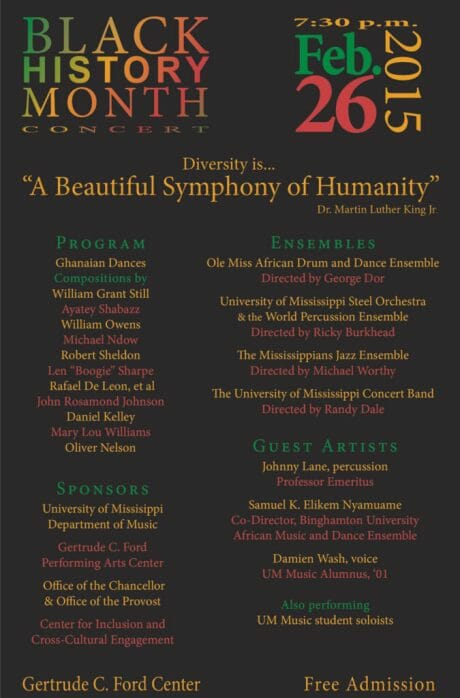