Beauty of a Roadside Scene Captured in 4 Seasons By D.C. Artist With Deep Mississippi Roots

Mike Ford was a film producer in the Public Relations Office at Ole Miss in 1974. In his spare time, he roamed much of north Mississippi photographing rural life, creating a treasure of images now recognized by the Library of Congress and soon to be the subject of a book. 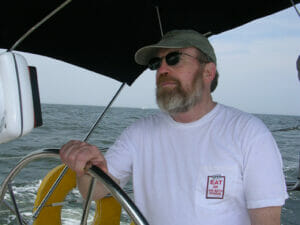 On his first visit back “home” last year, he drove down Highway 7 from Memphis through Holly Springs on his way to Oxford. As he passed a field of wild yellow flowers, he stopped his car and photographed a Mississippi scene unrecognized by most, but seen as art by Ford. He returned to that location during four seasons to capture the beauty of a Mississippi roadside in transition.

Ford has a BFA in Photography and Film from Rochester Institute of Technology and a MS in Broadcasting and Film from Boston University. During the past year he has again roamed North Mississippi to revisit the sites he capture on film in the mid-1970s. During his visits he has lectured at Ole Miss and at the Mississippi Museum of Art in Jackson.

He served as an apprentice blacksmith for 4 years while he lived in Mississippi. Moving to Washington, D.C., Michael incorporated Yellow Cat productions in 1980. He is a writer, producer, director and director of photography. His award winning programs have aired nationally and internationally. He is an avid sailor and amateur historian.