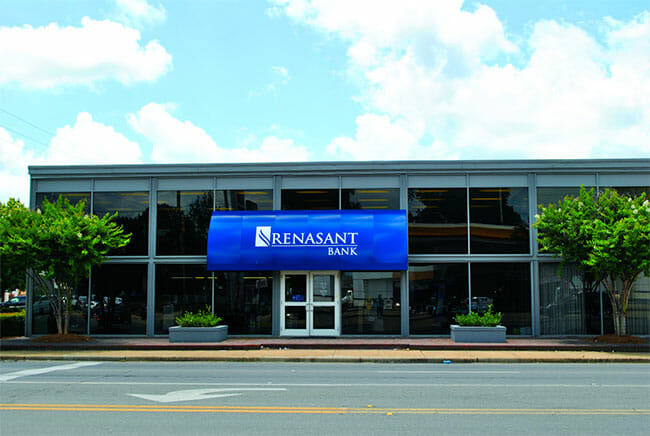 While there are some groups decrying the rollback of the Dodd-Franks banking regulations approved recently by Congress, Delta bankers say those changes will have little impact on most Delta banks. Unfortunately, the type of regulatory reform that is really needed to halt the precipitous declines of banks in small communities is nowhere in sight.

Most community banks didn’t participate in the risky subprime lending by Wall Street banks that led to the Great Recession in 2007-2008. However, the regulations added as a result, have made it tougher for community banks to survive—especially in small, economically challenged towns in the Delta.

“Unfortunately, the regulations we’re facing will undoubtedly damage Main Street, while Wall Street will continue to thrive,” says Dominik Mjartan, executive vice president, Southern Bancorp, Inc. “Thus are the unintended consequences of well-intentioned regulation grossly misapplied to community banks. The best example of this is the Basel III capital framework, which essentially eliminates many past capital sources for community banks. Combine this with the increased costs of regulatory burden that small banks have to bear, and you have a perfect storm hitting Main Street.”
Mjartan explains that Southern’s recent acquisition of the Bank of Bolivar County is a perfect example of downside of increased regulations.

“Committed local owners wanted to continue to serve their community, but the regulatory burden and resulting limitations forced them to look for an exit,” Mjartan says.

Because the new regulations haven’t been fully implemented, it is too early to know their full impacts, says Clay McWilliams, branch president, Renasant Bank, Cleveland.

“More regulations have caused increased costs for banks as they have had to hire additional personnel to insure compliance with the regulations and laws,” McWilliams says.

“Being able to get qualifying appraisals, verify the income of self-employed people, limited ability to make balloon loans, and the smaller size of the average Delta home loan and home value all make lending much slower and more difficult,” Townsend says. “Delta banks did not cause the housing problem and generally came through the downturn relatively well. I believe that the regulations make it much harder to lend to lower and middle-income people, which severely hurts our ability to meet the needs of the Delta’s population.”

Another critical factor is banking consolidation. Branches and banks are disappearing from small rural communities. The number of banks in Arkansas and Mississippi has declined 46 percent over the past two years.

“With the disappearance of community banks, small businesses and individuals are left without access to credit and banking services which are the lifeblood of local economies,” Mjartan says. “Predatory financial service providers often fill the bank deserts and further undermine the financial stability of families. Unbanked families spend 10 percent of their money replacing traditional banking services, as much as most families spend on food.”

These factors contribute to the alarming trend being seen in the Delta in which these banks are left with no option other than to leave the communities they have served for years,” Mjartan says.

Another concern is the health of agriculture, the primary economic engine for the Delta.

“We are all tied to agriculture in some way and most farmers are not too excited about the new farm bill, and don’t know how that is all going to play out,” says Phil Williams, chairman, Bank of Yazoo in Yazoo City, “Commodity prices have gone down substantially from a few years ago. Farming is going to be a more challenging in 2015 than it has been in the past few years, which is of great concern to all us Delta banks.”

One bright spot for Delta bankers is technology. Jimmy Clayton, CEO of Planters Bank & Trust, Indianola, says technology continues to be a friend to community banks.

“That enables us to offer advanced products and compete with the larger banks,” Clayton says. “Mobile banking continues to gain more traction with customers in the Delta.”

Currently, at many banks more than 80 percent of their transactions are electronic.

“I think there are also some things coming soon in the payments area which will allow more options for making payments more conveniently for our customers,” Townsend says. “Bankers are working to meet the needs of their customers and deliver services that are desired, but they are also keeping branch networks to allow for more personalized services that customers want.”

“We live in a 24/7 world where people want information now,” McWilliams says. “This includes their financial information. Mobile banking applications have been introduced where you can take a picture of your deposits and it will be credited to your account subject to verifications. These products are a win-win for both clients and our banks as they deliver the convenience of 24/7 banking to our clients while helping to lower costs for the bank.”

McWilliams reports that consumer confidence has picked up. Loan demand still remains moderate to slow as businesses are trying to figure out the impact of recent government regulations. A positive is that new construction has increased and existing homes sales have been picking up.

“The housing industry is a driving force in our economy and is showing signs of improvement,” McWilliams says. “With increased employment and stable income for borrowers, more potential buyers will be in a financial position to purchase a home.”

“Our mortgage staff continues to be one of the busiest departments in our bank,” Glorioso says. “Commercial loans have been steady, but increased recently in our market with several new business opening. Our local economy is thriving. We have a lot of momentum with the construction of the Grammy Museum and new businesses are opening each month. Our tourist traffic should grow, as well.”