Embers Biscuits & Barbecue is growing with a second location, an expanded menu and a brand new name for both restaurants. 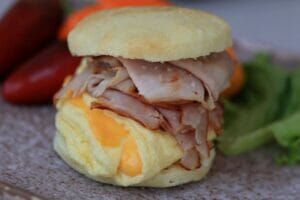 “I really didn’t plan on expanding Embers,” Newcomb said, “but it has such a loyal following. I’ve had more positive comments on this restaurant than any other I’ve ever done. It’s difficult for our customers at the University Avenue location because it’s such a small place and really hard to get in and out of.”

The old C Spire building on West Jackson Avenue doesn’t have such problems. Newcomb is pleased with the size and the potential this new location will bring to the expansion.

“So, I said let’s do it,” he said. “Let’s see if we can grow another concept. We’re also changing the name of both restaurants to My Guys Biscuits & Barbecue because there are so many Embers all over the country that I couldn’t register that name.” 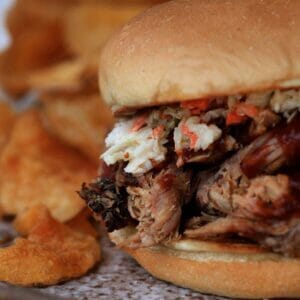 With the expansion, Newcomb said they were going to improve the menu and make everything a lot more accessible to their customers.

“It’s going to be a lot easier and better for them,” he said. “We’re going to see how this one does and if it grows, we’ll keep opening them.”

According to Newcomb, the new West Jackson Avenue location should be opened no later than the end of August 2015.

“We’ve ordered the new signing,” he said, “and it should go up in five or six weeks at both locations.”