The day before he was the analyst for ABC TV in the Miracle on Ice game, Ken Dryden went from Lake Placid, New York over into Canada, where he passed the bar exam. When sixty million Americans – glued to their TV sets -would hear Al Michaels ask them if they believe in miracles, the man seated next to him in the booth would blurt out ‘unbelievable’, which was appropriate. Dryden has lived an unbelievable and inspirational life. 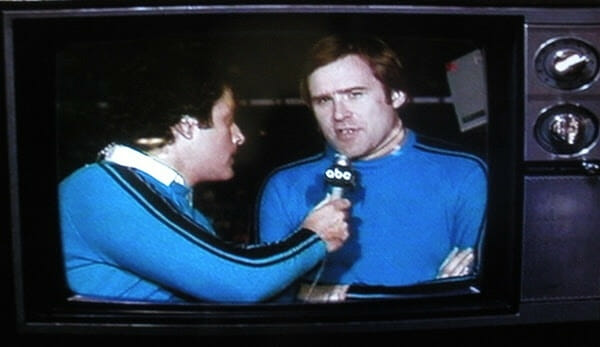 As I have researched, built and delivered this Talk, I continue to be intrigued by all of the fascinating people in the story, and how their quest for excellence inspires audiences. It’s like some of the most interesting people in history were all gathered in that tiny upstate village of Lake Placid.

Ken Dryden is a wonderful example of a man who was a true student-athlete and who to this day continues to try to make a difference in society.

Coming out of high school in Canada as a top goalie, everyone thought he would immediately get on the fast track to the professionals. Everyone else with his kind of talent certainly did. Instead, he went to Cornell where he earned a degree in history and led them to the national championship in college hockey. At Cornell, he was a member of the Sigma Phi Society and vice-president of the Quill and Dagger society. 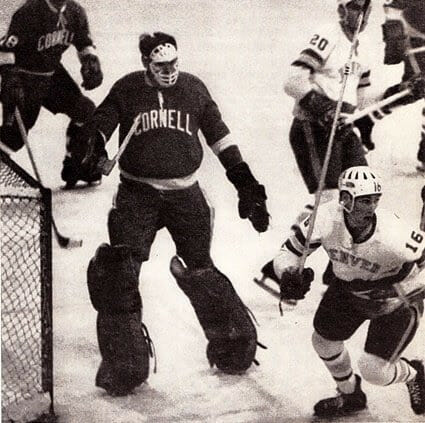 When he did start playing for the Montreal Canadians he also went to Law School at McGill University. He also had been married just four months before…

As a professional goalie with Montreal, Dryden was enormously successful. But after winning prestigious individual awards and two Stanley Cups in three, Dryden suddenly declared that his career was over at age 26. He joined the law offices of Osler, Hoskin and Harcourt in Toronto as an articling student with an annual salary of $7,500.

Part of the reason he did that was that he was unhappy with his contract talks with Montreal, but part of it was he marched to the beat of a different drummer. Montreal did come up with a better contract as they were clearly inferior without him that year. He would come back after missing a complete season.

Dryden would retire from professional hockey at the young age of 31 in 1979, not long before the Miracle on Ice would happen. He had guided Montreal to the Stanley Cup championship in six of his eight seasons, and would later be put in the Hockey Hall of Fame.

ABC decided on Al Michaels as the play by play announcer for the hockey, and Dryden as the color commentator. They had never worked with each other before, and practiced learning the names of all the European players by playing each other in table hockey in their hotel rooms in Lake Placid.

Peak performers get better by constantly seeking out the insights of successful people. The night before his David-like team was to face the Soviet Goliath team, U.S. coach Herb Brooks picked the brain of Dryden all through a dinner in Lake Placid. The purpose of the meeting was for ABC to get insights from Herb, but he used it to ask Dryden all kinds of things about his observations of the Soviet dynasty team.

As they walked to the arena on Friday, February 22nd, 1980, Michaels turned to Dryden and remarked, “Wouldn’t it be great if were just down to the Soviets a few goals going into the final period? We would keep a lot of viewers that way!”

Little did they know that they were about to be a part of the greatest moment in United States history, calling the 4-3 U.S. victory.

After working with ABC in Lake Placid, Dryden would go on and become a scholar, lawyer, Parliament member and author of several books including “In School: Our Kids, Our Teachers, Our Classrooms. 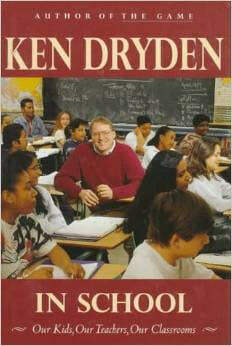 From September 1993 until June 1994, he attended a high school, folding his 6’4″ frame as inconspicuously as possible into a seat at the back of the room, moving from class to class when the bell rang. He watched, while everyone got used to his presence, and he took notes.

Ultimately he discovers – and this is important for all teachers to read – that good teachers teach people and not just subjects.

Dryden also found that randomly mixing students course by course prevents teachers from getting to know them. He recommends that kids be kept together in classes or “cohorts” with the same teachers. Thus, schools ought to be arranged, not by subjects, but rather by kids.

In Dryden’s vision, the ninth and tenth graders would be schooled together in one part of the school; the eleventh and twelfth graders in another. One group of teachers teaches the ninth and tenth grade students while and another group instructs the eleventh and twelfth graders. The result is a “school within a school”, with an emphasis on teacher/student contact. In practice, teachers stay with kids more than one year, teaching the same group of students several grades of a subject. Dryden believes that, from this experience, teachers will be reminded that “it’s kids they are teaching, not subjects.”

Thoroughly impressed with Dryden’s intellect and desire to help others, Al Michaels has always felt that Dryden should have been Prime Minister of Canada. That has not happened, but Dryden joined the Liberal Party of Canada and ran for the House of Commons in the federal election held in June 2004. Dryden was elected to Parliament by a margin of over 11,000 votes. He was named to Cabinet as Minister of Social Development. 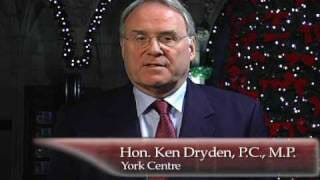 He was passionate as Minister of Social Development and working to get early-learning and child care deals with all 10 provinces.

Saying that he will always be looking for ways to help others and improve society, these days Dryden – who is in his late 60’s -teaches a Canadian Studies course entitled “Thinking the Future to Make the Future”, which focuses on issues facing Canada in the future and possible solutions to them. It is beamed live via satellite to campuses across the nation. 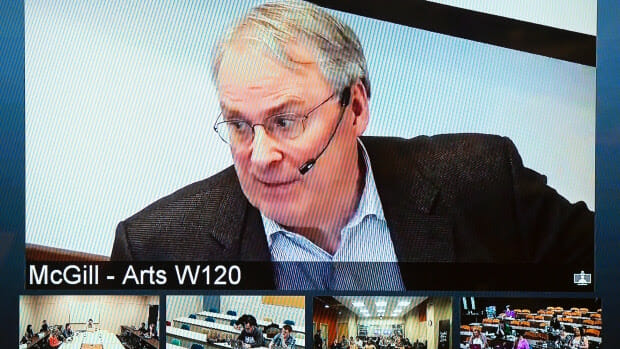 “The goal is to help the students understand that this is your world and your life,” says Dryden. “You will play a part, in some way, in Canada’s future. So why not play a significant role and help shape that future? The question is, are you just a passenger, or can you be a driver?”

Dryden is passionate about inspiring us as individuals and groups to reach our ultimate potential. He could have been just a great hockey player, but instead broadened out into so many areas, from law to politics to writing books. Dryden says in a documentary about Stephen Sondheim, he is asked which of his many productions is his favorite. His answer, Sunday in the Park with George, a musical inspired by a painting by Georges Seurat. Sondheim recites the final line of the play.

“White. A blank page or canvas. All the possibilities.”

Below I have put in the final minute of the Miracle on Ice game. Announcer Al Michaels said with about a minute to go the word ‘miraculous’ game to him, and he put that in the form of a sentence. Listen closely, as Dryden will say ‘unbelievable’ right after Michaels historic call, and then watch about thirty seconds later as coach Herb Brooks darts off to the locker room as teary state troopers slap him on the back. Brooks did not go on ice because he wanted it to be the players moment, plus as his daughter Kelly told me, he really needed to go to the bathroom!