Note: The Rebel running game will be coming into this matchup well rested and off of one of the best team performances of the season running the ball 32 times for 222 yards. This Rebel offensive line has to allow Jaylen Walton to find those holes so we can continue to run it north and south, getting five or six yards a carry on these runs.

Note: Laquon Treadwell is the first player to strike 1,000 yards receiving this year reaching 1,002 yards following the Arkansas game. To put his yardage in perspective, the receiver in second place in receiving yards in the SEC has 828 yards. There are also only 15 players in the FBS to have 1,000 yards receiving but most have far more receptions than Treadwell does. This could be Treadwell’s final home game inside Vaught-Hemingway Stadium.

Note: These two receivers had very little production against Arkansas accounting for just four catches for 71 yards combined. Damore’ea Stringfellow had one catch which was a 23 yard touchdown. Despite just the one catch, he remains the starter against LSU.

Note: The slot receiver position was a big outlet for Kelly against Arkansas as Adeboyejo and Pack had a combined eight receptions. I think that Freeze and Werner should draw up the plays that will attack the LSU safeties that are most likely worn down after going up against two heavy running offenses in Alabama and Arkansas.

Note: LSU does many things well on the defensive side of the ball but they do an outstanding job of keeping the ball out of the tight ends hands. Over their past three games, opposing tight ends have caught a total of just five passes. We could see some looks that have Evan Engram lining up in the shotgun with Kelly or lining him up between the right guard and right tackle to get him productive.

Note: Since the return of Laremy Tunsil, the improvements in the running game have been visible. The Rebels are averaging 178 yards a game on the ground, and if we reach this average we have great shot at beating the Tigers. Tunsil will most likely have LSU’s leading pass rusher, Lewis Neal, matched up with him. This will more than likely be his final game he will play inside Vaught-Hemingway.

Note: Javon Patterson will more than likely be looking at two options to double team when LSU only brings four pass rushers. We could see him help out against Lewis Neal or the defensive tackle Davon Godchaux.

Note: Ben Still got the start against Arkansas but still both Still and Justin Bell played around the same amount of minutes. I think we will see more of the same with them splitting time, but Bell should start facing a faster defensive front.

Note: The Rebels offensive line only allowed one sack a couple weekends ago against Arkansas which puts them at a total of 16 sacks given up this season. It will be tough for the Rebels to stop the pass rush of LSU from getting to Kelly as the Tigers have sacked the quarterback 23 times this season.

Note: Fahn Cooper will have the assignment of blocking a choice of two players that both have 3.5 sacks this season. Cooper will possibly start off blocking defensive end Arden Key and pickup on the outside linebacker Deion Jones when he blitzes.

Note: After an outstanding start to the season for Fadol Brown, Brown has not had as much production lately with just one tackle that went for a loss against Arkansas. Fadol Brown has to draw more attention to free somebody up so the Landshark Defense can add to their sack totals.

Note: Robert Nkemdiche is coming off of an outing against the Razorbacks where he accounted for just one tackle. He is destined for an outstanding game against this LSU offensive line as he will be lined up in between a freshman guard and a junior center. With Nkemdiche’s knowledge of the game, he should outsmart the double team. He’s a projected first pick in the NFL draft by many experts and he’s only a junior. This also could be his last game he will play in Oxford, Mississippi.

Note: Similar to the reason that I believed D.J. Jones should have gotten the start against Arkansas, I believe that starting Jones against LSU will clog up those holes and fill the gaps that Leonard Fournette can get through.

Note: Marquis Haynes added another sack to his totals two weekends ago putting him now at 8.5 sacks on the season. We will need Haynes to just add to his numbers making tackles against LSU since they are probably the most imbalanced team towards running the ball in the SEC.

Note: DeMarquis Gates recorded more tackles than Denzel Nkemdiche against Arkansas as Gates had seven tackles while Nkemdiche had four. These two outstanding outside linebackers have working in just where they tackle Fournette to bring him down the easiest.

Note: C.J. Johnson is coming off of a game in which he led the Rebels in tackles. Being the leader of this Landshark Defense, he will have to recognize the play action passes during the play so he can get into his zone or man against the tight ends.

Note: Tony Connor did not practice during the bye week and began practicing on Sunday. Hugh Freeze thought that Connor was somewhere around 60 percent heading into this week. So most likely, it sounds like we will see Connor on the field.

Note: Kendarius Webster will have to stay with his assignment which will most likely be covering Travin Dural. Webster can’t guess on the run, because as soon he does, Brandon Harris will break the deep play action on us. As long as Webster doesn’t do this, he will have a good day at cornerback.

Note: Tony Bridges will probably get their best receiver and that will be a former near-commit in Malachi Dupre. Last weekend, against Arkansas, Dupre had eight catches for 109 yards and a touchdown.

Note: The Rebels went without an interception against the Razorbacks as Brandon Allen threw six touchdowns against the Rebel secondary. Trae Elston must make the open field tackles that come to him and not let anyone get behind him on the play action passes.

Note: Mike Hilton will be wearing the number 38 jersey for the final time of his career inside of Vaught-Hemingway Stadium. It should be an emotional day for him as well as the rest of the seniors.

Note: Gary Wunderlich has missed just three field goals this season and two of those misses have come in between the distances of 20 to 29 yards. Wunderlich has to make the most of his opportunities by making all of his field goals as this game could come down to one.

Note: Will Gleeson punted the ball just three times against Arkansas for an average of 45 yards. Gleeson needs to continue to flip the field and make LSU drive from deep in their own territory.

Note: The winds are supposed to be around 10 to 20 mph coming out of the northwest. Nathan Noble shouldn’t have an issue kicking his share of kickoffs out of the back of the end zone. 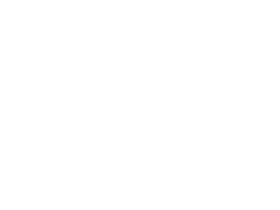 The Rusty Thoms Omaha Story: A Gift That Keeps on Giving for Bulldogs