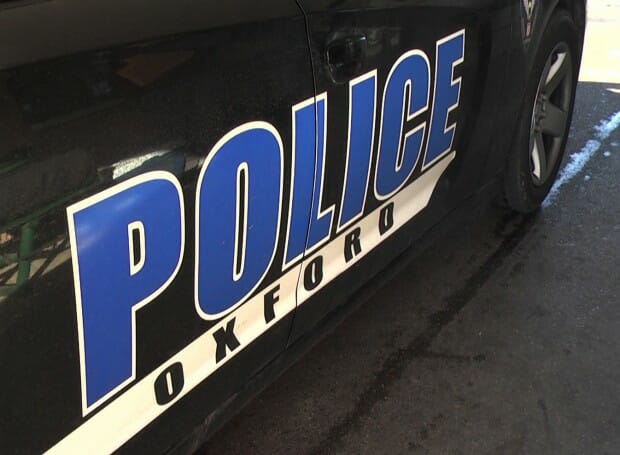 Oxford Police Department is joining in a national effort to reach out to all Thanksgiving travelers with one important message: buckle up.

Historically, Thanksgiving is the busiest travel time of the year, putting more people on the road, and unfortunately increasing the likelihood of crashes. Each year in this country, tens of thousands of passenger vehicle occupants die in motor vehicle crashes. In 2013, more than 300 people were killed in crashes on Thanksgiving weekend alone. It’s a sad statistic, but even more sad is that many of those deaths could have been prevented with one simple click of a seat belt.

The United States Department of Transportation’s National Highway Traffic Safety Administration (NHTSA) estimates that proper seat belt use reduces the risk of fatal injury to front seat passengers by 45 percent, and the risk of moderate to serious injury by 50 percent. In 2013, approximately 12,584 people survived crashes because they were buckled up. If everyone had worn their seat belts that year, an additional 2,800 lives could have been saved. And that’s just the point of this national seat belt campaign: Buckle Up America – Every Trip, Every Time.

Younger drivers are the most likely to be unbuckled in a fatal crash. In 2013, among passenger vehicle occupant fatalities where restraint use was known, the age groups 21 to 24 and 25 to 34 had the highest percentage (55%) of occupants killed who were unrestrained.

Joey East, chief of Oxford police department, said, “For those people who already buckle up every time: Thank you. For them, this campaign serves as a reminder. But for those people who still don’t buckle up, for whatever reason, I want to say this: buckling your seatbelt is one of the simplest, safest thing you’ll ever do.”

So this Thanksgiving, and every day of the year, make sure the seat belt is buckled before starting any road trip—whether it’s one mile or a thousand.