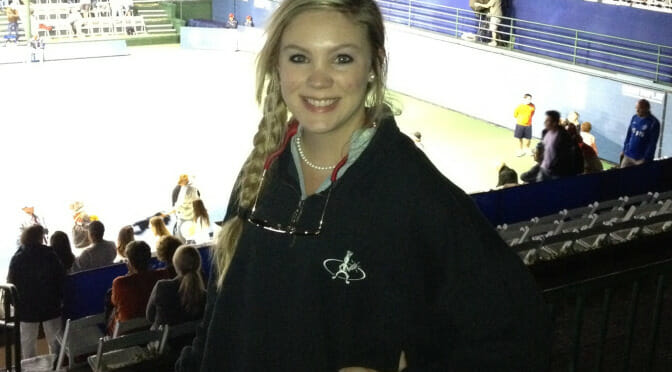 The spring of 2014 brought a lot of excitement to the Ole Miss campus. The students were buzzing about the baseball team, and the incredible season they were having.

I was at the game that clinched our ticket to the regionals. This was the game that could potentially get the team to the super-regionals, and then to Omaha, Nebraska. Omaha is where the College World Series is held each year.

This would be the first time Ole Miss baseball has been to Omaha since 1972 when Archie Manning was on the team. We were playing Georgia, who might not be one of Ole Miss’s biggest rivals, but since I am from Georgia they will always be one of mine when they play Ole Miss.

We won the game Friday, lost Saturday, and were biting our nails for the outcome of the game on Sunday. Ole Miss scored a run, and we were feeling good about our chances to take the series and get the ticket to regionals.

Then, Georgia scored, and the game was tied. Everyone was getting a little nervous because now, it was anybody’s game. I was sitting on the edge of my seat cheering for the Rebels, hoping for at least one more run.

Georgia batted first, and luckily for us, they did not score. Ole Miss came up to bat, and there was a man on third, and all we needed was a base hit to walk-off and win the game.

The next batter stepped up to the plate, and all eyes were on him. The first pitch came, and no luck, but by the second pitch, he got the walk-off, and the Diamond Rebs clinched there trip to the regionals.

It was one of the coolest moments for me, seeing the baseball team run out of the dug out and start cheering with each other. You could feel the excitement because it was one step closer to getting to Omaha.

They knew they still had big hurdles to overcome, but they also knew they had just overcame a really big one on their way to try and clinch a spot at the College World Series. The Rebels had the regional tournament to think about now, and they could almost taste the super-regionals and a trip to Omaha.

The Rebels went on to win every game in the regional tournament and punch their ticket to the super-regionals. This is the last step they need to get to the College World Series.

The Rebels lost the first game, but went on to win the next two games against the Louisiana-Lafayette Ragun Cajuns and made it to the College World Series after a 42-year drought.

The Rebels make it all the way to the final four before being eliminated by the University of Virginia Cavaliers. The Rebels went much farther in there season than many of the sportscasters had predicted. Many of them thought our season would end after we clinched the regionals. The Rebels proved those predictions wrong and had a season to go down in history.

This particular baseball game was one of the best experiences I have had at Ole Miss, and not just because it was a sports event. It was very exciting being in the stands watching the team win one of the biggest games in their journey to Omaha, but this game showed how the students come together in a great way for our school and supported the team through the ups and downs of the season. It showed how the student body sticks together and has amazing spirit for our school.

Many of the students stayed back after the game to cheer on and congratulate the players for the effort they put forth during the series against Georgia. I have been to many football games at Ole Miss and saw the spirit that was shown at those games, and that was something that also made me realize how much school spirit and pride every student has for their school.

This baseball game showed me that the student body does not just support the football team; we support baseball, basketball, soccer, tennis and many of the other sports at Ole Miss, and our spirit at the games is just as high as it is at the football games.

The student body comes together during these events, and it feels like one big family. We support each other through the victories, but also the losses, and that is what makes the spirit of Ole Miss so amazing.

Article by Hannah Simmons as seen on OxfordStories.net.