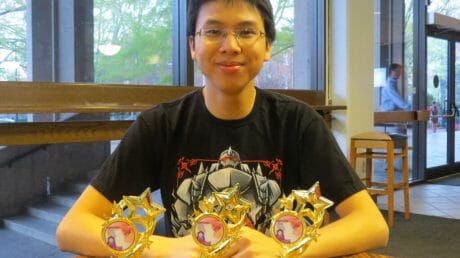 Japanese anime is something that Ole Miss senior Andrew Nguyen has grown up watching and appreciated as an art form for most of his life.

“There’s a huge variety of anime,” Nguyen said. “I’m sure someone can find at least one anime that piques their interest.”

Andrew Nguyen recently entered the animated music video (AMV) contest at Kami-Con in Birmingham, Alabama, which took place March 11 to 13. He entered every category offered at the competition, six in all while winning three in total.

“I won for best drama, parody and romance AMVs this year,” Nguyen said.

Animated music videos combine both animations, either from Japan or from other form of cartoon, and any form of music to explain a story found within the said animation. One Nguyen entered for the romance category featured the popular song “Dear Future Husband” by Meghan Trainor and the anime series Mirai Nikki, or Future Diary.

Andrew Nguyen has also won several other awards at anime conventions, such as Best Comedy AMV in 2015 at Kami-Con, Best Romance AMV at Katsucon in 2016, and Judge’s Best in Show AMV at A-Kon in 2015.

“It’s always nice to see that people really appreciated the hard work I put into making my videos,” Nguyen said. 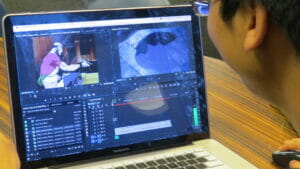 Anime is the general term used when describing Japanese animated TV shows. Popular ones have included, but are not limited to, Pokémon, Attack on Titan, and Dragon Ball Z. It features a comparatively different art style than American cartoons, with more attention paid toward detail and appearance.

Ole Miss offers a variety of clubs for students to be a part of, and one of those clubs is the Ole Miss Anime Club. The group meets every Tuesday night from 8 p.m. to midnight at the Residential College South’s classroom, where the club discusses anime and other interests of the group. OMAC also watches at least one episode of an anime or a movie during every meeting.

OMAC had 11 students go to Kami-Con this year, and Vice President Alex Ellithorpe experienced what it was like at a larger con for the first time.

“It was really a unique experience,” Ellithorpe said. “It was interesting seeing a multitude of people and seeing how big the anime community actually is.”

Due to its stereotypes of being ‘just for kids,’ anime has received some criticism in the United States. Ellithorpe believes that joining OMAC can help divulge some of those stereotypes.

“The anime club is an opportunity that many people in North America may not get access to because of the language barrier, or may not understand due to the stigmas of anime in general,” Ellithorpe said.

Nguyen is currently working on another AMV combining the popular science-fiction classic Cowboy Bebop with the Fall Out Boy song “Jetpack Blues.” 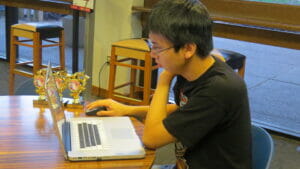 “Creating AMVs is a hobby that gives me great joy, and [anime] itself could even help me find a career if I pursued the right job field,” Nguyen said.

Nguyen is currently a member of Tsunderbird Studios, a group of AMV editors who focus on creating fun videos instead of the ‘right’ or ‘wrong’ way of editing. Nguyen also has a YouTube channel where his AMVs are posted.

Madi Van Zile is a senior broadcast journalism major at The Meek School of Journalism and New Media. She can be reached at msvanzil@go.olemiss.edu.