The VOX PRESS Artists Series presents Two Women: the Poetry of Anne Babson and Molly McCully Brown at the Shelter on Van Buren in the basement of Neilson’s Department Store on the Oxford Square on Tuesday, April 26.

The free event is set for 7 p.m. and will feature a reading and interview session with the two poets and is part of YAC’s Oxford Art Crawl.

Anne Babson (featured video top) is pursuing her Ph.D. in English Literature at The University of Mississippi and is a widely published poet. Her most recent collection, White Trash Pantheon, was released in 2015 by VOX PRESS, which won the Colby H. Kullman Poetry Prize.

Molly McCully Brown is currently a John and Renee Grisham Fellow at The University of Mississippi. Her book of poems, The Virginia State Colony for Epileptics and Feebleminded, won the 2016 Lexi Rudnitsky First Book Prize and will be published in 2017 by Persea Books. 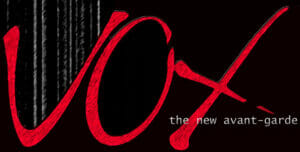 The VOX PRESS Artists Series is supported in part by the Yoknaptawpha Arts Council, the Mississippi Arts Commission and the National Endowment for the Arts.

VOX PRESS is a 501 (c) 3 arts and education organization based in Oxford. All donations are tax deductible.

For more information, visit the VOX website at VoxPress.org.