The much-anticipated restaurant Saint Leo will open in Oxford, Mississippi, in mid-June 2016, just off the town’s central square at 1101 Jackson Ave East.

The menu will feature artisanal wood-fired pizza, seasonal salads, and other offerings, served with the highest level of hospitality. Sophisticated, simple, and comfortable, Saint Leo will be a community-focused spot welcoming guests for lunch, brunch on Saturdays and Sundays, dinner and takeout. The restaurant is owned and headed up by Oxford local, Emily Blount. 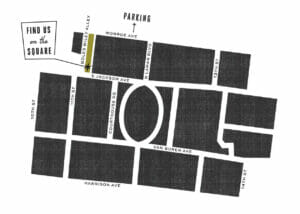 Set inside a building that formerly served as Wiley’s Shoe Shop, Saint Leo’s intimate, 1100-square-foot dining room will seat about 72 guests. The restaurant will feature expansive windows lining exposed brick walls and a front entrance opening into a bar area. The earthy and modern space will exude warmth from Saint Leo’s wood-burning, Pavesi oven, imported from Italy. Guests can choose to sit at inviting, leather-lined banquets or at the marble-topped bar.

Saint Leo’s menu will highlight the purity and simplicity of beautiful ingredients, locally sourced and thoughtfully prepared. Wood-fired pizzas from naturally leavened, from-scratch dough will be topped with housemade mozzarella and ricotta cheeses and the region’s freshest produce and meats. Salads and pastas made in-house will change often to showcase the best of the season. Small-batch ice cream will complement other from-scratch desserts for a sweet finish, and the drink menu will feature fresh, seasonal, craft cocktails, local craft beers, and an eclectic wine list. 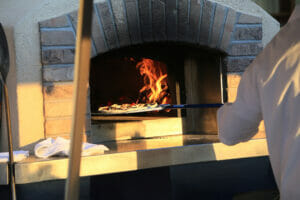 An Oxford resident, Saint Leo’s Founder and Owner, Emily Blount, grew up just north of San Francisco and worked in restaurants from an early age. Her love of good food is strongly influenced by her California roots and time working in New York City. During 13 years in Manhattan, she gained production and management experience in a variety of settings, including working at legendary restaurants Raoul’s in SoHo and Scarpetta. She attended Emerson College in Boston and received her culinary education at Verace Pizza Neopolitana. Emily moved to Oxford in 2012 with her native Mississippian husband and their two boys. 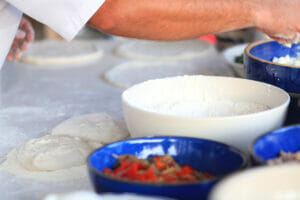 Saint Leo’s Head Chef is Jeffrey Robinson, an Oxford native and Army veteran with nearly two decades of experience cooking in professional kitchens. Jeffrey has served as Head Chef at multiple Oxford restaurants awarded “Best New Restaurant” by The Oxford Eagle. Saint Leo’s General Manager, Taariq David, has worked in kitchens and dining rooms from Massachusetts to St. Croix. Serving as Head Pizzaiolo, Marco D’Emidio was born and raised on a farm in a small, coastal town in eastern Italy. Marco grew up cooking with family and working in restaurants, and after spending several years as a research marine geologist, he is excited to return to culinary pursuits. Manager & Pastry Chef Joie Blount is an Ole Miss graduate with a Hospitality Management degree and a true passion for cooking, entertaining, and dessert. 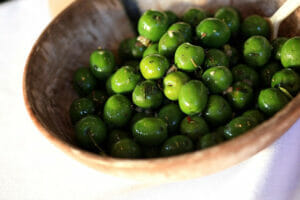 Emily is collaborating with Dan Latham to open Saint Leo. Originally from Madison, Mississippi, Dan’s early culinary career included six years with Mario Batali’s restaurants Po and Studio del Gusto, plus time making salumi at Babbo in New York City. He then opened L&M’s Kitchen and Salumeria in Oxford and in 2009, he was nominated for a James Beard Foundation award for “Best Chef: Southeast.” He served as Culinary Director for Atlanta-headquartered, fast-casual burger restaurants Farm Burger and YEAH! Burger, and most recently has consulted for restaurants around the nation. Dan lives in Atlanta with his wife and two children.