So, at SEC Media Days last week, the media picked Alabama to win the SEC Championship, surprising absolutely nobody.

The shock would have been if the media had picked anyone besides Nick Saban’s Crimson ravagers to win the league title. In the newspaper business we used to have what we called “standing headlines.” That is, headlines that ran almost every day in the newspapers – stuff like “Major League Standings” and “Pro golf results” and “Today’s TV listings.”
Editors could add another one: “Bama picked to win SEC.”
Except we can’t because every once in a while the media who cover the SEC will do something really dumb like what they did two years ago. Remember?
How could you forget? Two years ago, the media picked – and I am not making this up – Alabama to win the SEC West and Auburn to win the overall SEC Championship. As all us should know, that’s pretty much impossible. You can’t win the SEC overall football title unless you first win your division. That’s like picking Bernie Sanders to win the Democratic primary and Hillary Clinton to be the next president. Can’t be done.
Alabama, of course, won the West and the overall championship in 2015. Auburn? Auburn finished 2-6 – and last – in the SEC West.
So much for media expertise…
Only four times in the last 20 years has the media picked the right team to win the SEC Championship, which is a .200 batting average. I can tell you from experience, the SEC media can’t hit their weight. If they had just picked Alabama every year for the last 20, they would have been correct six times, which is a sporty .300 batting average.
Alabama has won the title three straight times and four of the last five. The SEC Champion is a lot easier to pick now than it was back when Nick Saban coached the Miami Dolphins or, say, at LSU.
You just flip a coin: Heads, Alabama wins, and tails, Alabama wins, too.
This year, Auburn was picked to finish second in the SEC West, followed by 3. LSU, 4. Arkansas, 5. Texas A & M, 6. Mississippi State and 7. Ole Miss.
And you might think this is really bad news for the Mississippi teams, until you realize the media’s track record.
Realizing that, you’d probably be more worried if they picked State and Ole Miss at the top.
Last year, State was picked last and finished tied for fifth with Arkansas. Last year, Ole Miss was picked third and finished last. And so it goes.
Just looking at the predicted order of finish in the SEC West reaffirms what we have known for a long time in Mississippi. You can be a pretty decent football team and still finish last in the West.
It is not inconceivable that the seventh (and last) place team in the SEC West could finish in the national top 25.
You think I am joking? When Auburn finished last in 2015 with a 2-6 league record, the Tigers also finished 7-6 overall and won a bowl game by 21 points.
Those Ole Miss Rebels, the ones who finished last in 2016, gave Alabama by far its closest regular season game, eventually losing 48-43.
In 2010, Mississippi State finished fifth out of six teams in the SEC West. Yes, and State clobbered Michigan 52-14 in the Gator Bowl on New Year’s Day to finish No. 21 in the final Associated Press poll.
You make a lot of money playing in the SEC West. But you must earn your keep. 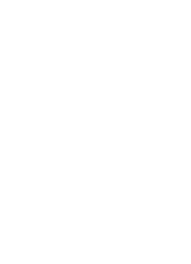 Rick Cleveland is a Jackson-based syndicated columnist. His email address isrcleveland@mississippitoday.org.
For more questions or comments email us at hottytoddynews@gmail.com.