The Ins and Outs of Aggieland

The Ole Miss Rebels travel deep in the heart of Texas this weekend to attempt to triumph over Texas A&M. The Aggies joined the Southeastern Conference in the fall of 2012 and have defeated the Rebels twice since then. Now, the Rebels are going in with a 5-0 season, and fans can join the hype to see the action.
Here is what fans should expect when they make the trek over to College Station, Texas. 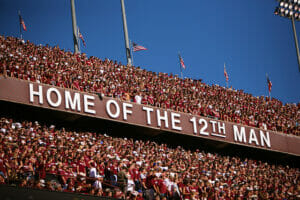 The Aggies are very prideful of their traditions. Dating back to 1922, the tradition of the 12th man was born. This tradition came about when former football player E. King Gill, who was watching a game from the stands, was summoned to suit up and stand ready in case he went into the game for the 11th man.
The Aggies were down in the game but had a victorious come back, although Gill never played. His spirit, dedication, and enthusiasm are what sparked this tradition. Today the Aggie fans are known as the 12th man, because of their support whether the team wins or loses. 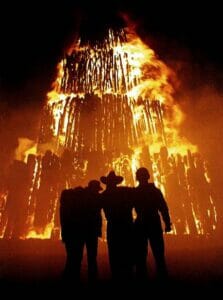 The Aggie bonfire is a famous tradition that symbolized the Texas A&M student’s burning desire to defeat long time rivals, The University of Texas. But now that the Aggies have moved into a new conference, the bonfire symbolizes their burning love for their school. The bonfire will take place Nov. 26 of this year.

The night before every home game, the famed Midnight Yell is hosted in Kyle Field. The Aggie fans, students and the band all gather together in the stadium to sing the A&M fight song and old army songs while telling stories about how the Aggies will beat the opponent. At the end of the night when the lights go out, the Aggies kiss their dates and if they are dateless they flip on their lighters and try to find another dateless person. The purpose of the Midnight Yell is to pump up the fans for the game. 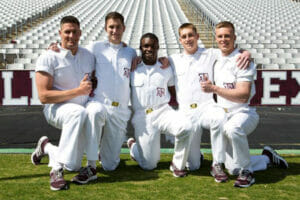 The entire night is conducted by the Yell Leaders, who are another tradition on their own. The Yell leaders are a group of men, three seniors and two juniors who are elected by the student body. They are known as the spirit organization of A&M who lead the crowd with hand signals called “pass backs.” A&M was once an all-male military school, and they would invite girls from Texas Women’s University to the footballs games. During the game the upperclassmen ordered the freshman to find a way to entertain the women. So the “fish,” freshman, lead the crowd in cheers. They gained so much attention that it was decided from then on only the upperclassmen would entertain the crowd. 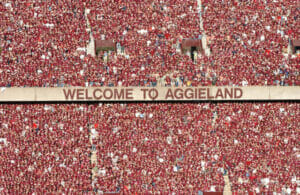 Finally, the newest tradition in Aggieland is Maroon Out. This started when 31,000 maroon t-shirts were sold and worn during the Texas A&M vs. Nebraska game in 1998. This seemed to help the football players when they looked up in the stands they would see a sea of maroon. According to legend, the Aggies have defeated their opponent in every Maroon Out game. Today, one football game a year is designated to Maroon Out. This year the A&M vs. Ole Miss game will be Maroon Out.
Texas A&M is a school filled with traditions and saying, such as “Howdy” and the Aggie Ring. The Rebels should prepare for madness that the Aggies have in store for this weekend. With the Ole Miss spirit and our own traditions brought to the field, this game will be a fight to the finish.
Molly Brosier is a HottyToddy.com staff reporter and can be reached at mebrosie@go.olemiss.edu.