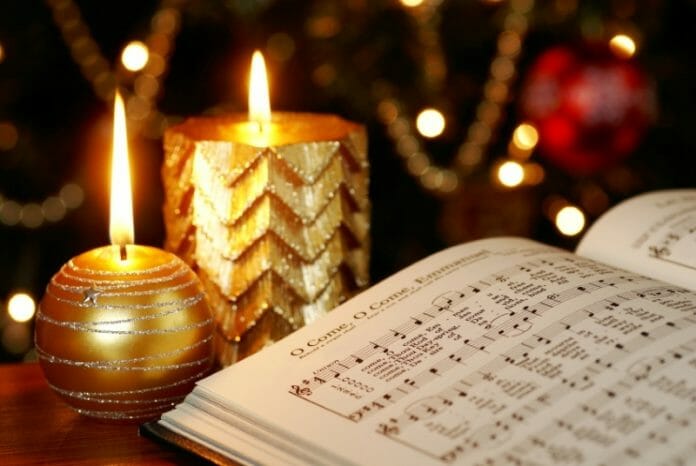 It’s Christmas Eve and we at HottyToddy.com are nothing if not excited about the holidays. And we know “Bells Will Be Ringing” at your house today too.
So we decided to set the tone for the day by listing some of our readers’ best-loved Christmas carols and songs, because everyone loves the music of the season and we just had to find out your very favorites.
So, without further ado, our readers’ top 11 favorite Christmas carols and songs of all-time in no particular order. 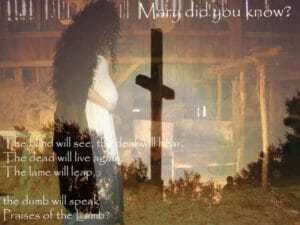 1. Silent Night: composed in 1818 by Franz Gruber with lyrics written by Joseph Mohr. A perfect number one since the first time the song was performed was on Christmas Eve in 1818. 2. Mary, Did you Know: lyrics and music written by Mark Lowry and Buddy Greene. It has been recorded by various artists since Christian recording artist, Michael English, originally did it in 1991 and has become a Christmas classic.
3. I’ll Be Home For Christmas: recorded originally in 1943 by Bing Crosby, this Christmas favorite was written by lyricist Kim Gannon and composer Walter Kent. After filing a lawsuit, a gentleman by the name of Buck Ram was listed as co-writer of the song as well. It truly has become a Christmas standard. 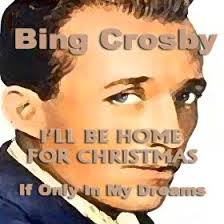 4. O Little Town of Bethlehem: lyrics by Phillips Brooks and music by Lewis Redner, the song was written in 1868 and is a tradition of the holy season.
5. O Come, All Ye Faithful: this beautiful song was originally written in Latin as Adeste Fideles and has been credited to several different writers, including John Francis Wade, John Reading and King John IV of Portugal.
6. Angels We Have Heard on High: a song based on the French carol known as Les Anges dans nos campagnes (literally, “Angels in our countryside”) and its author is unknown. The song commemorates the birth of Jesus Christ found in the Gospel of Luke. It was translated into the song we know today in 1862.
7. Oh, Holy Night: composed by Adolphe Adam in 1847 to a French poem called “Minuit, chrétiens” (Midnight, Christians) by wine merchant and poet, Placide Cappeau. It is another Christmas classic.
8. Winter Wonderland: written in 1934 by Felix Bernard (music) and Richard B. Smith (lyrics) this song has been adopted into the Christmas fold, as it started out as a simple “wintertime” song, but has become a tradition of the holiday. 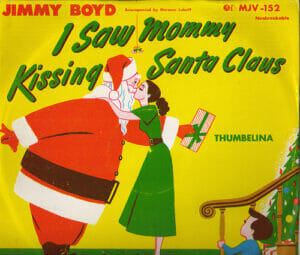 9. What Child is This: Lyrics by William Chatterton Dix in 1865, the song was set to the tune of “Greensleeves,” a traditional English folk song. Although an English song all the way around, from lyrics to music, the song has always been more popular in the U.S. than it ever was in Britain.
10. I Saw Mommy Kissing Santa Claus: music and lyrics by British songwriter Tommie Connor, this song was originally recorded by Jimmy Boyd on July 15, 1952 when he was only 13 years old and reached No. 1 on the Billboard pop singles chart. It’s a lighthearted whimsical tune that has been covered by a variety of artists.
11. Jingle Bells: written by James Lord Pierpont and published under the title “One Horse Open Sleigh” in the autumn of 1857, Jingle Bells, according to rumor, was supposed to have been sung by a Sunday school choir for the American Thanksgiving holiday, but historians dispute this, stating that it was much too lively to have been sung by a children’s church choir in the days it was written.
And there is some of our Hotty Toddy readers’ top 11 Christmas songs of all-time. We hope you enjoy the sounds of the season and if you’re like us at Hotty Toddy, a few of these tunes are now humming around in your head, begging to be played throughout the day and evening.
Merry Christmas Eve to everyone!
Angela Rogalski is a HottyToddy.com staff reporter and can be reached at angela.rogalski@hottytoddy.com.