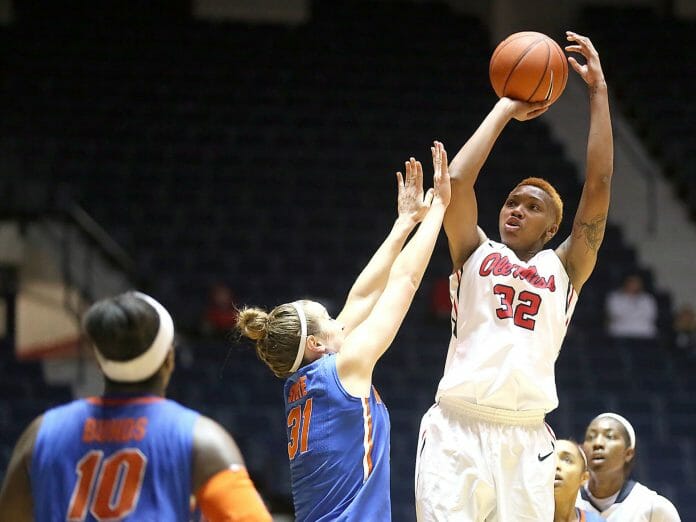 The Ole Miss lady Rebels return to action on Thursday night as they travel down to Baton Rouge to take on LSU Tigers. Tipoff is scheduled for 8 p.m. on SEC Network.

Ole Miss looks to rebound after dropping a heartbreaking 64-62 loss to Mississippi State last Thursday night. The Rebels fell to 14-6 overall and 4-3 in the SEC and dropped their first conference game at home this season.

Coach Matt Insell’s squad is getting key production from everyone in an Ole Miss uniform. Freshman A’Queen Hayes posted her seventh game of scoring in double figures against the Bulldogs with 12 in the game with senior Tia Faleru, who continues to lead the Rebels averaging 15.6 points per game and 10.6 rebounds.

LSU comes into the game with a 10-9 record and 4-3 in the conference after falling to Tennessee Thursday. The Tigers are led by Danielle Ballard, who is averaging 14.4 points per game in her limited time on the court as she has only played in five games.

As a team, the Bayou Bengals are averaging 63.8 points per game and pulling in 38.7 rebounds a contest. In conference play, LSU’s rebounding numbers have dropped to 34.0 a game.

When the ball is tipped up in the air at the Pete Maravich Center will be the 52nd meeting between the two schools with LSU owing a 30-21 series advantage and sweeping the past five matchups. The Rebels last win over LSU was a 102-101 win in triple overtime in 2010 in Baton Rouge.

Ole Miss will return to the confines of Tad Smith Coliseum on Sunday as they host South Carolina at 3 p.m.